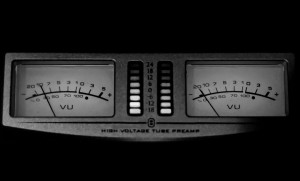 This is the step that most bands and artists forget about when budgeting for their album project, but it can be one of the most important steps in the overall sound quality of the album.  A good mastering job will add the final punch, presence, loudness, and warmth to your album (as needed) without compromising the sound quality.  A poor mastering job can destroy all the hard work and money spent on getting that killer sound in the studio, and can make your listeners run away screaming!  This is not an area that you want to skimp on to save money!  Include enough room in your budget for a Quality mastering job before you even start thinking about recording.

Having said all that, there are sometimes where you don’t need a world class mastering facility, or when you simply can’t afford one (it doesn’t make sense to spend $2000 or more for mastering on a project that you only spent $500 to record).  Let’s take a quick look at the two steps that need to be completed after the recording and mixing, before you go to a duplication facility to make your CDs (or even vinyl), or upload your final master files for digital distribution.

In this step, the final mix of each song for your album project is “cleaned-up” (edit out any noises in the mix file before and after the song) and edited if necessary (piece together several takes, cut out or even move around sections of the song).  The songs are then arranged in the sequence that you want them to appear on your CD, and the spacing between the songs is determined (you can even have songs crossfade or overlap if you like).  If you are going “old school” with cassettes or vinyl, you also need to decide where the break between sides is going to be.  If you are going to make both CDs and Cassettes/Vinyl, you will probably need two different production masters since the duplication facilities usually like at least a one minute space on the production master between the last song on the first side and the first song on the second side.  Once the album has been sequenced to your liking, it is time to move onto the Mastering stage.  However, for some people, this is where the whole mastering process ends, if you are happy with the way your mixes sound and/or you don’t have the money to do the “real mastering.”

In this stage of the process, the goal is to try to balance out the sound of all the songs on the album, to fix any problems with the overall sound of any songs, and to enhance the overall sound as much as desired.  It is also in this stage that everyone tries to make their songs sound as loud as possible so they will cut through on the radio and grab the listener’s attention (sometimes a separate master is prepared for radio airplay since trying to make a song sound loud on the radio can noticeably decrease the overall sound quality when you are listening in a higher fidelity environment).  This process deals with Equalization, Compression, and Sonic Enhancement techniques, to try to fix problems in the mixes, balance out the apparent loudness of all the songs, to add extra punch and sparkle to mixes (or to soften up a mix with too much high end), and to generally try to make the album sound as good as it possibly can.  The differences between the “real” mastering engineers and everyone else are that they have rooms set-up exclusively for mastering, and they have very expensive, high-end equipment designed especially for mastering.  The best mastering engineers will also charge you anywhere from $150/hr to $300/hr or more!  But, this is definitely a situation where you get what you pay for!  These guys are extremely skilled at their craft and have a reputation to maintain.  These are the guys who do all the major label releases and are the main reason why most amateur or semi-pro bands can never get their albums to sound as good as the major label releases.  Now you know the secret!!

If you don’t have the money to go to a real “high-end” mastering facility, please contact me before you let some duplication facility “master” your album!   One of my specialties is digital editing and professional mastering services for people on lower budgets.   I have the equipment and the ears to get you the “high-end” professional results at a fraction of the price.  I have done mastering for legendary Tower Of Power founding member Greg Adams, whose “Midnight Morning” CD was released through Blue Note Records, as well as a huge list of independent artists (and my own releases as well).