Why do you need a Music Producer? 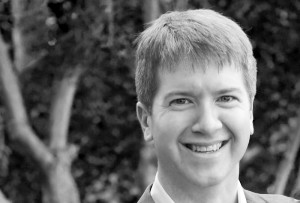 If you are short on cash, a music producer may seem like an unnecessary added expense that you could do without.  However, a good music producer will help you get a better sounding project in a shorter amount of time, and will usually end up saving you money!  Why?  Because one of the roles of a producer is to ensure that you are prepared before you go into the studio, and then once you are in the studio, the producer makes sure that the sessions flow smoothly and efficiently.  He or she also serves as a mediator to help resolve conflicts between band members and to ensure that everyone is working together towards a common goal, so that no time is wasted in the studio.

Many bands and artists that are just starting out don’t really understand everything that is involved in the recording process.  Another role of the music producer is to help guide you through the process.  There are many different ways to record an album, and the producer will make sure you understand them all, and help you pick the method that is best for you.  He or she will then handle the scheduling of the sessions to make the most efficient use of studio time, and hopefully save you money in the process by not scheduling more time than is needed, and always making sure that you have something else to work on in the studio if the first thing you try is not working out.  There are many other ways that a producer can help save you time and money in the studio, but let’s move on to the creative aspects of producing.

The primary role of the music producer is to help the band or artist define and achieve their artistic vision.  For some artists, this may be as simple as the producer being an objective ear to pick the best takes and to point out spots that need to be fixed.  Other artists require a little more assistance.  For these artists, the producer may suggest new parts, or changes to existing parts or lyrics to help make the song stronger.  He or she may help the musicians get a better sound or special effect out of their instruments.  The music producer may even write or perform a new part or section of a song.  In all cases, one of the most important roles of the producer is to keep the artist motivated and to do whatever it takes to catch the best possible performance, both emotionally and technically, that the artist can deliver.

The music producer must gain the trust of the artist, and be able to take on the role of cheerleader, coach, mentor, friend, or whatever it takes to get that performance from the artist.  This whole process usually starts long before any studio time is booked.  The producer and band or artist should have several meetings to become comfortable with each other, and to do all the pre-production work.  The pre-production work includes such things as picking the songs for the project, reworking parts or lyrics to strengthen songs as needed, rehearsals, figuring out a budget, mapping out a working schedule, planning studio time, finding a studio, and booking the studio time.  The producer should almost become another member of the band for the duration of the project.  The producer should not be a dictator (at least that’s not my philosophy), but he should be willing to jump in and settle disputes when it is appropriate.

The role of a music producer can be any part of what has been discussed above, or it can be all of the above and much more.  There is no set function.  It all depends on the needs of the artist and the capabilities of the producer.  You may not think you need a producer, but look at the credits of almost any successful album, and you will find that they all had producers working for them.  If for no other reason, you need a producer because it is simply too hard to be objective about your own work!

I am a talented and capable music producer with a broad musical and technical background.  I have worked with bands and artists in many different styles, and I’m known for my easy going personality and the ability to get along with almost anyone.  I’m quick to adapt to almost any situation, and know when to open my mouth and when to keep it shut.  As an artist myself, I know that the music comes first.  I know that as a producer, I am working for the artist, and that even if I don’t agree with the artist, the artist always has the final say.  My goal is to help you get the product you want, within your budget, the first time around!

I can also compose and produce music for any need.  See the Music Composition & Arranging page for more.