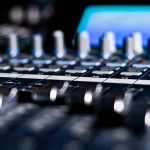 After my busiest summer even, I finally have the time to post the mix I did for the first “winner” of my FREE Mix Submissions.

I picked this song as the first free mix selection, simply because I really like the song, especially the artist’s voice and the overall production.  I’m the kind of person who listens more to the sounds in the music (vocals, instrumentation), rather than the lyrics, and I just really liked the “sound” of this song, and especially Steve’s vocals.  They all did a great job to begin with, and the mix that Justin sent me was already pretty good to begin with.

Not to say that this mix was not a challenge. The biggest challenge was the drums, and I have to admit that I’m still not 100% happy with the sound I got from the drums (mostly the cymbals), but it’s about as good as I could do (and still pretty damn good sounding overall) with what I was given to work with.  The issue was that the song was produced in Reason (which I love, BTW), and the drums were from one of the loop instruments. So when the tracks were split out, as I requested, I got loop slices for each track (kick, snare, toms, overheads). The producer and artist both wanted really loud kick and snare, especially in the heavy sections. But, if I bumped them up too much, then you began to hear the cymbals come up briefly with the slice and then cut out abruptly at the end of the slice, which sounded very unnatural. I didn’t want to bring up the overhead slices any more than I needed to, because they were a bit phasey sounding in the heavy sections, and just took up too much space in the mix. In the end, after a few back and forth revisions, I used quite a bit of SPL Transient designer on the kick and snare channels that are present in the loud sections (there are actually two sets of drum loops throughout the song), some generous EQ, and then used a trigger on the snare channel to layer in another sampled snare so I could bring it up even louder in the mix without bringing up the level of the hat & cymbal bleed.  Then, to combat some of the phasey/splashy sound of the cymbals in the loud section, I put an EQ on the master drum buss channel and dialed in the changes I wanted for those loud sections, and then just automated turning on/off that EQ so it was only on for those loud sections. I also used the UAD Ocean Way plugin to put the drums in a nice sounding room, blended in very subtly. Screen shots below: 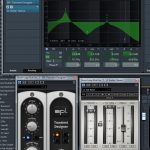 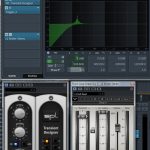 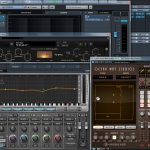 The vocals were probably my favorite part of this song, and Steven has such a great voice, so it was a real joy to mix!  Justin really like what I did with his vocals, and although there was a lot going on with the vocals in the mix, nothing was very heavy handed since the vocals sounded great to begin with. If you take a look at the screen shot of the lead vocal inserts below, there was very little EQ happening.  The UAD Cambridge is there just to roll off the subs to get rid of any rumble and reduce the effect of any plosives (which, I don’t think there were any). The only other “EQ” was from the Slate Custom Series Lift module, which was used to add some high-frequency air to the voice. Otherwise, the vocal is shaped with the very subtle Slate Virtual Tape and Virtual Console emulations, and a bit of compression with the UAD LA-2A Gray plugin.

The “magic” of the lead vocal comes from the various effects I used, with lots of automation bringing different effects in and out, or up and down in level, as desired. Part of the main vocal sound is a huge rack of effects in the SoundToys Effects Rack, which was blended in via an FX Send/Return, and brought up & down at various points in the mix. It’s a bit of a Rock Vocal preset from Soundtoys, that I modified and added to. Starts with a couple of subtle distortion effects at different mix/blend levels, then a couple of short delays, followed by the Microshift (blended fairly low).  That particular effect probably has more to do with the overall sound of the vocal than the actual inserts on the lead vocal track.

For time based effects, I had a 1/4 note delay and a 1/2 note delay set up, both using Soundtoys Echoboy again, and then a nice warm chamber reverb using the Waves H-Reverb.  The longer 1/2 note echos were triggered in only a few select spots in the song. The 1/4 note echoes were also automated in on only a few select spots in the beginning of the song, but then brought in at a lower level overall starting with the first chorus, to kind of fill out the vocals a bit more, but still automated to produce some louder echoes in a few more spots throughout the song. The return from the 1/4 and 1/2 note echoes also got partially sent to the chamber reverb as well to wash them out in the background a bit more. 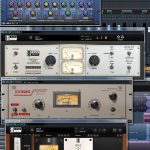 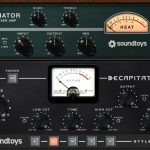 A touch of 2 different distortions 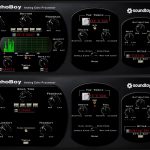 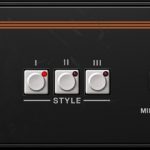 Everything else was fairly “standard”, and, if I have more time, I may come back to this and add more notes and screen shots for the rest of the tracks. But, the above items were the most noteworthy.

Now that my son is going back to school very soon, I hope to get into a regular schedule and do about one free mix about every 2 months, depending on how fast they go and how busy I am with paying gigs. So, keep submitting your songs for a free mix!